Background: There is a rapidly growing interest in the development of nanoparticle drug delivery mainly for anticancer drugs as it promises to solve several problems associated with anticancer drugs such as poor water solubility, low therapeutic index, nonspecific distribution and higher systemic toxicity, etc.

Objective: The objective of the study was to investigate the effect of various critical variables like, concentration of chitosan, concentration of sodium tripolyphosphate (STPP) and volume of STPP on various characteristics of gefitinib loaded nanoparticles.

Conclusion: The nanoparticle formulation with desired characteristics can be prepared at low concentration of chitosan and STPP along with low volume of STPP. The formulated nanoparticles may prove to be the best option for the treatment of cancer. 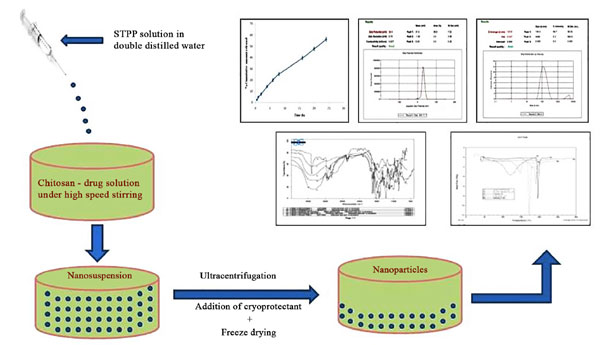